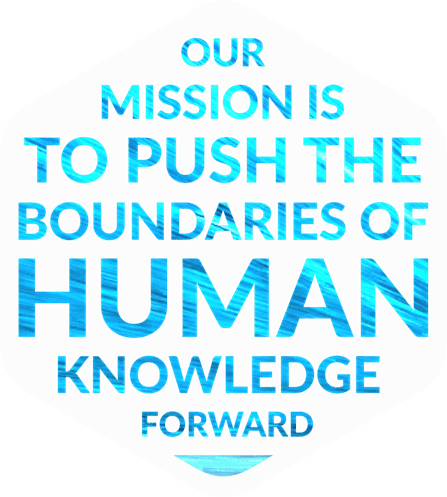 Driven by
ADI AI
, Altruu strives every day to push the boundaries of human knowledge forward.1 In order to provide intelligent discovery, we rely only on cutting edge technology and the deep understanding of our users.

Altruu was established in June 2018 in India as a subsidiary of Tenith Innovation Private Limited.* Altruu was founded by Tenith Adithyaa, the
India’s first Innovation Scholar
, serial inventor and the founder of 'Lets Innovate youth' social movement. His vision to change the way people consume information and knowledge inspired to build a company that values freedom of information, free speech and power to the people.

Altruu stands as the result of those ideology that makes humanity much stronger which also made India one of the only three countries with
core discovery technology
outside the United States and Russia.2 "Innovating towards one globe," as its core vision Tenith Innovations has altered the course of social networking at national landscape.

Altruu believes in innovation as the game changer of nations development and improvement of peoples lives, thus strives to help people around the world create a better life for all human kind.5

Freedom of information
Responsibility is a human virtue, hence we value Freedom of Information is an existential right for all human kind to proser universally.
Free speech
Democracy is an true human nature, hence we value free speech as a basic human right and the best experiment ever carried out by humanity.
Power to people
Shaping future together is the very idea of civilisation, hence we value empowering people is essential to create an era where humanity solves its problems together.

Altruu by the Numbers7

Seconds between
every new discovery

Our story begins in 2010 when our founder created the world’s longest running computer program that allowed him to be familiar with the operation of software and digital platforms. Over the next few years, our founder has tinkled with some stuffs and created few inventions that protects our environment.

As he brainstormed with thousands of creative minds through his social innovation movement 'Lets Innovate youth’, he realised the need for a socially responsible network. His stay at Rashtrapati Bhavan, the official house of President of India as India's first innovation scholar, gave a greater insight of our nation’s democratic system that ultimately changed the way of Altruu’s creation. Altruu’s journey solidifies in 2015 as a dream for a more transparent and effective social networking experience.

Working with his personal computer, he brought a track-free social network with privacy and knowledge as its core into existence. He named the social network, Altruu. The name is derived from the word ‘Altruism’ that stands with Tenith’s ideology to empower people for the betterment of our planet and humanity.

As Altruu is build, he formed a team of young minds who shares his passion to serve both his nation and the world. The team entirely consist of students, surprisingly more young innovators than software engineers. In the same year, Altruu expanded rapidly with few personal computers, cloud workstation, countless cup of tea and lot of late night conversations. In the very first day, Altruu crossed the registered users mark set by the team, having hundreds of users from 6 countries.

Soon after few days of the launch, Altruu is completely transformed into a versatile discovery engine and social network. Thus becoming the world’s first discovery engine.

The vision to change the way people consume information and knowledge inspired us to begin this journey. Altruu discovers and connects millions of discoverable information to more than 20 countries every day. For almost a year our Artificial Intelligence Operating System, ADI AI was the only full-timer, he is still with us today acting as our unmanned privacy guardian. The scale of Altruu knowledge ecosystem exceeded 1 million in 2019. Altruu have accumulated more than 3 million knowledge content, building India’s largest indigenous knowledge networking ecosystem.

Tenith Innovations is a global technological and scientific research company, with its prime focus on delivering breakthrough innovations. We have a strong reputation for developing new products in key areas of R&D, Technology and Education. We, at Tenith Innovations always re-innovate ourselves for improvement in accordance with the new technologies for serving our society efficiently.

In Altruu, we focus on innovation and solutions, which means we keep the bar high and are always pushing ourselves towards a higher level. We believe to achieve the elevated level of our goal, hard word combined with right amount of smartness is the key.

In Altruu, we strive to deliver excellence by doing the right thing because the journey is what everything is about, not just the result. We believe to do the right thing we always hold ourselves accountable and to act responsible for the greater good.

In Altruu, we humble ourselves to create and change our planet for the better, thus openness is the core part of that process. We believe to always act from multiple perspective when making critical decisions and are open to more difficult challenge every day.

In Altruu, we build of people who are inspired and share Altruistic vision to advance humanity using technology. We believe on better, not bigger thus we push ourselves to increase our quality and efficiency on becoming the elite while supporting each other and having fun.

In Altruu, we take challenges that makes our heart beat fast, that’s how we measure our effort, failure is not an option when we have a creative mind set. We believe seeing the unseen, taking a whole new path, understanding our playing field makes us to stay ahead in a volatile environment.

is with the global

We are grateful for those who dedicated their life for the betterment of human kind, those who made their dream a reality and those who contributed towards a vision.

Altruu is an ideology.

It was crafted to suit the values of Altruism.

Altruu is created and driven with the realities of all such great visionary minds who led human civilisation towards this information age.

Altruu is made with the help of dozes of programming languages, scripts, open source programs, development platforms, tech tools.

Altruu is designed to address the most challenging issues that are faced by human kind.

With the mission to push the human knowledge forward, we work with extraordinary people, ideas, organisations, platforms, tools and are also inspired by such. From all of our teacher who taught us how to see this world, our family who supported all the way and to our competitors who keep us exciting every day.

We remain humble and grateful to those who catalysed us to transform this ideology a reality, the journey of thousands miles and beyond.

1. General statement that represents primary nature of the enterprise. Knowledge is the processed information handled by Altruu Discovery Engine.

6. Statement based on values put forth by Altruu in June 2018.

9. Statement provided by Team Altruu as of January 2020.

Access the services and learn more about Altruu at altruu.com.

Statement and data is subject to change.

Altruu is a trademark and a proprietary intellectual property of Altruu social network.